Need help with coordination with designer

Hi folks!
Question. I’ll say up front we are NOT scrum/agile…
I’m slowly moving us in that direction so keep that in mind.

I have a designer who works in Sketch.
I have me, the one and only PO/PM (using ProductBoard)
I have a development team who work out of Jira (and in limited capacity, Confluence).
Unfortunately, we are trying to do all the things at once. It is the card we were dealt. By that I mean we are spec’ing, designing, and dev’ing all at the same time. I’m desperately working to try to get into a better flow but I and our designer have to get ahead of development.
The designer has all these sketches in Sketch/Sketch Cloud, but there is zero connection between Sketch and either PB or Jira. So when I talk to a stakeholder who wants to see how something will look to answer a question I’m asking them, I have to hunt through this big Sketch ‘page’ to find that one piece that is almost certainly labeled something other than what we typically call it and I can’t ever find it.
I see there are some Sketch → Jira type integrations, but the one I asked him about, he doesn’t like.

The other problem I am running into is while I have the sprints pretty well laid out, I’m not sure (sorry… newb here lol) how to best articulate to him that X is coming up, we need to flush out those sketches now. Do ya’ll create Jira tickets just for that piece? How do you assign your designers something up coming?
Can anyone please help me on this?

We assigned our UX designer tickets on our JIRA board. She would attend standups 2-3 times a week, and we’d get updates on her tickets then.

One thing we like is Zeplin.io - it takes Sketch files and adds all the required dimensions and styling for devs to get started 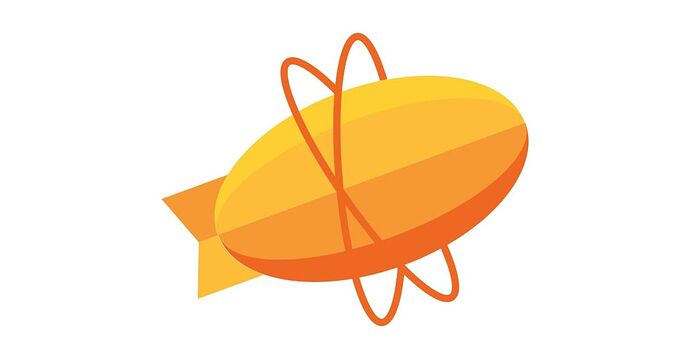 Deliver on the promise of design

^^ that’s what our UX designer used?

We also use Zeplin and like it a lot. A few months ago they released an app for Jira, so the files from Zeplin are now easily integrated into Jira tasks.

I’ve done a few things - when you’re on a real small team like that and moving really fast and chaotically (BEEN. THERE.) i think you can just offer the designer a few options. A Jira ticket with a design needed label or status. Their own Jira project (I’ve never seen this actually work but we did try it…). A Trello board is fun and easy for most but again disconnected from your main thing. And above all, regular product-design meetings. put it on your calendars. Talk about what’s up coming, what you might need designs for, when you might need them, what you think they should spend a LOT on and what they should spend a little on. Let the designer tell you what’s easy, what’s hard, how long stuff will take. Check in on status. Mark stories in your backlog that are waiting on design with some label so you can easily review to see if you need to help design re-prioritize their efforts.
Also, maybe start asking yourself what stuff really needs design - don’t burn them out. If you’re adding something to an existing page, can your dev team just copy existing styling and add it where you tell them?
Also I second Zeplin, ALTHOUGH if your designer is willing to move on from Sketch, Figma does everything need (and more!) and I highly recommend it.

Discovery boards are ways for teams to visualize their backlog refinement process. The best discovery boards consist of a whiteboard or wall divided into columns that reflect the various steps a te…

A delivery board is a way for a team to visualize their process for delivering functionality in a sprint. The best delivery boards consist of a whiteboard or wall divided into columns that reflect …

Two things occur to me to address the problem of staying organized. First it seems like your Designer and you need to agree on a labeling system and how to break apart different projects in Sketch. I forget the nomenclature, but there are different “pages” you can create within a Sketch Project which can help denote different workflows. A good practice would also be to have the designs in the “flow” of the screens and work going left to right with variants then underneath. it creates some duplication, but it allows you to easily scan the board to find the place in Workflow a stakeholder cares about to show them. The Second thing to consider is that the Sketch lets you export the images out. These are then easily attachable as a single image or compiled into a PPT and attached to the JIRA Epic for quick reference by you, the team, or stakeholders. For your problem around understanding what’s coming, how often is this person included in the meetings where you talk to the team and stakeholders about what milestones are coming up? It would give them bigger context into how their work fits in and what it might be blocking. I have seen sperate scrum boards used for this, but for a team of 1 I likely would just include it in the same board as the rest of the scrum team and have them talk about their work in review and planning. If time is of the essence, you should discuss with the designer scaling back the fidelity of the mockups.
Do you need something that looks like a real software app or is styling consistent so a black and white wire frame would get the dev team directionally where they need to be.

Thanks everyone! Our designer is actually contracted currently, whereas the rest of us are full time. So I tend to hesitate sometimes.
He is involved in every aspect of our planning and our reviews. He is in every meeting, he hears what the stakeholders have to say, he is part of the buy in process, he makes recommendations based on UI best practices, he is in Jira with full access to the project, he is as involved as any other member of the team.
That said, it is just him for design. We have 3 primary developers (others as we go further down the road) on this project currently, and myself that round out the team putting the thing together. So adding another service at yet another fee seems to overcomplicate it to me.
We discussed this morning and for the curious, I’ve asked him simply to add the epic ticket number in the title of the artboard he is working on. That is searchable across the ‘page’ in Sketch so if I or a dev need to see all the sketches updated for a specific thing, we just look for that epic. Seemed the most simple solution after sleeping on it for a weekend and hearing all your wonderful thoughts.

As for assigning something upcoming, we haven’t gotten that far. Unfortunately, it’s a dev asking him what something might look like. I WANT to get he and I much farther ahead than dev so that say, sprint 5 would have him working on designs the devs won’t need until sprint 7… for example. But that just isn’t possible yet. I’d love to be able to have a Jira ticket as a task, part of an epic, that is assigned to him for design of ‘the thing’… but he also doesn’t live in our Jira (he has access, but he isn’t use to living there). We’ll probably end up doing that as we continue on because that is absolutely a pain point… absolutely a thing. :woman-shrugging:
Thanks again for the perspectives! Really appreciate it!

Hmm. I mean. have you considered making a case to have him be full time? Or hire some other full time designer and replace him? It would probably get you halfway or more to a solution just to have someone fully invested in your product.

Yes, I have. I’ve lost that battle. He actually isn’t working on anything else, he’s working for us full time (and then some), but he’s 1099.
When these particular projects are done, he may or may not stay, but he likes to maintain his autonomy. I’ve already discussed that with our President.

To be fair, he isn’t being difficult, it is also just harder for me to build a process around this not knowing if he’s staying, going, how deep into OUR cycle/system he really wants to be…
He’s been very very accommodating and is really quite awesome, honestly, but as a new PM trying to learn and build a product process from scratch and all that… I’m not quite as confident to say to someone who isn’t 100% in our employ ‘you must do it this way’ lol
I think we’ve got a process for now.