How would you handle demotivation before a product launch?

Hi, I have a dilemma and needed to perceive how others have managed it. Following quite a while of working extensively on a product launch, I am getting truly demoralized by all the criticism from different stakeholders and differing opinions. Receiving feedback that the design is not exciting or good enough at the last stages. But it’s also ineffective to ask for everyone’s feedback all the time. It would delay the launch significantly. Needed to check whether some of you have encountered this previously and any tips you had on keeping yourself motivated and launching effectively.

I’ve had this. what worked for me was going a bit more waterfally close to your launch date to keep the team more focused (including you

Use the parking lot list of requests to get them down from the stakeholders, then review after launch. You can set up meetings after launch dates in the diary now so they feel reassured. In reality, once you launch, this will all pale into insignificance once you have real data, but they don’t need to know that part yet.

I’ve also been through this. In hindsight, a lot of it was due to me not being collaborative enough in the product development process where we made sure we were all aligned on the problem and the user solution. In my particular situation, I was getting criticism directly from the CEO and frankly it wasn’t his place. I should have made sure I was tightly aligned with my boss, the VP of product, and have had him block anything like that from the CEO. It may be possible you can do that as well. Given where you’re at, you can either be headstrong and press on, or slow down and incorporate more feedback. First question is if you have a deadline or significant launch date? If yes, then you may have to press forward. If you have room to delay, I suggest not being stubborn (hard for myself personally) and work with stakeholders. As I said above I would focus on:

It’s definitely time consuming but getting stakeholder feedback from the beginning saves time in the end. It’s similar to the argument for doing user research: spending time at the beginning saves time overall because you don’t have to do rework at the end.
Even if it’s not “someone’s place” to give feedback, it’s still important to show you’re listening, even if you don’t incorporate their ideas (at least not right now). At this point maybe showing with your roadmap that you’ve put their ideas into a future iteration, or that you will do some discovery on that later, might allow you to proceed with the current version.

Do you have data on what customers think of the design? If you have strong evidence that customers like what you have built so far, then that itself can be used to win support from other stake holders.
In my experience when we end up in a battle of opinions “HiPPO” wins. But when you show solid data backed by customer research, it’s difficult to challenge that.

I also recently came across an article that might help. 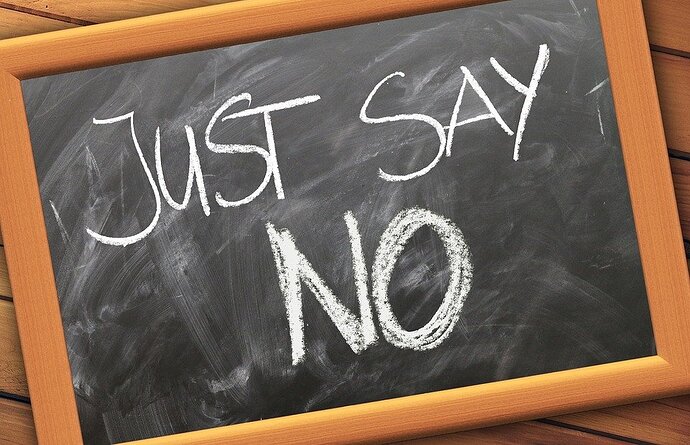 How to Say No to the CEO — BPMA

Imagine you’re in a giant board room. Twenty people in dark suits sit around a mahogany table. You are up at the front talking about your newest product that’s about to be released. The CEO from the far end of the conference table says “I think we...

Thanks everyone for all your insights, it’s really helpful to read through how others approached this. It’s a completely new product so we haven’t tested it yet to get real results which makes it harder. I agree to include stakeholders in the product discovery, but despite having done that and signing off with them, a couple of months later they are not aligned. Whilst we don’t have a real deadline, I can’t continue to take design and engineering resources to continuously iterate until everyone is happy. I would rather bias for a P0 launch and get learnings instead of trying to reach perfection from the start. I will share this with the team, and I think the idea of a lock period before launch is useful.

With what you just shared, a pre-mortem might be a good tool for you to use now. Understanding stakeholder concerns, get your team together and discuss risks with the current approach and where you might not hit goals or fulfill stakeholder needs. Create a plan for what you’ll do if you don’t hit each one. Share it with your stakeholders.
This allows you to march forward with what you have while assuaging their concerns somewhat

That’s a stressful situation to be in.

Throwing the ball back to stakeholders by asking: “How critical do you think this is? Is doing this worth delaying the launch? Let’s assume we have implemented the feedback what will be be able to observe being different for the user?”

Thanks everyone this is really helpful. I spent some time thinking more about this and taking notes of your inputs. I ended up sending out a recommendation to my manager, on which feedback not to address (based on it being a nice to have and delaying launch) and the one we should actually prioritize. Luckily he is aligned so hopefully we can move forward.

Have you done any Solution Interviews with potential customers?
http://webseitz.fluxent.com/wiki/SolutionInterview